The Hon. Arlin M. Adams Lecture on Law, Religion, and the First Amendment

The Adams Lecture will bring world-renowned scholars to Penn Law to discuss various topics and interactions between the law, religion, and the First Amendment. The first lecture will take place in 2019, followed by subsequent lectures every other year. Judge Adams was devoted to religious liberty and the separation of church and state, taking his inspiration from Pennsylvania’s founder, William Penn:

“As a native of Pennsylvania, I take pride in this state’s long tradition of religious liberty. William Penn understood well the consequences of living under a government insensitive to the religious needs of its citizens. During his early years as a Quaker activist, the English authorities jailed him on at least four occasions for doing nothing more than practicing his religion. Writing from crowded Newgate prison in 1671, the young Penn espoused a broad understanding of liberty of conscience that became part of our heritage. He declared: ‘By Liberty of Conscience, we understand not only a mere Liberty of Mind, in believing or disbelieving, but the Exercise of ourselves in a visible way of worship, upon our believing it to be indispensably required at our hands, that if we neglect it for fear or favour of any mortal man, we sin, and incur divine wrath.’ I fully subscribe to these sentiments.” 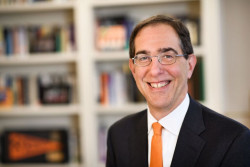 View a recording of the lecture

View the gallery of photos from the event

About the Adams Lecture 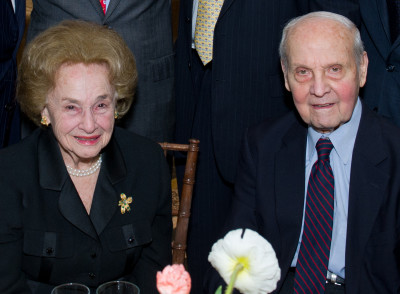 Neysa and Arlin Adams at the October 2013 Overseers' Dinner.

This lectureship has been made possible by a generous donation to Penn Law from Neysa Adams, made in memory of her husband, The Honorable Arlin M. Adams L’47 HON’98 (1921-2015).  Judge Adams served for nearly 60 years as a lawyer, judge, and mediator. Twice considered for a seat on the U.S. Supreme Court, he was nominated to the United States Court of Appeals for the Third Circuit in 1969 and served until his retirement from the bench in 1987.  Judge Adams was also a member and former Chancellor of the Philadelphia Bar Association, a past President of the American Philosophical Society, a Trustee of the University of Pennsylvania, chairman of the Law School’s Board of Overseers, and the former chair of the U.S. Supreme Court Judicial Fellows Commission.