The Segal Lecture in Trial Advocacy seeks to invite renowned oral advocates to speak at Penn Law. This lecture series was established by the late Irving R. “Buddy” Segal C’35, L’38, who was a leading member of Schnader Harrison Segal & Lewis LLP in Philadelphia.

Drinking From a Poisoned Chalice Post 9/11: Defending the Rule of Law in the Guantanamo Bay Military Commissions 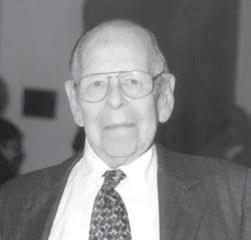 Mr. Segal was a leading member of Schnader Harrison Segal & Lewis LLP in Philadelphia, serving for a number of years as a member of the firm’s Executive Committee. As a renowned trial attorney, he tried complex cases in the fields of antitrust, securities, communications, trade secrets, and ground and air transportation. He served as chief trial counsel for United Parcel Service for approximately 40 years, and represented AT&T and the Bell Telephone Co. of Pennsylvania, NBC, and major film distribution companies. Mr. Segal argued extensively in state and federal appellate courts and lectured widely on the techniques and strategies of trial and appellate practice.

A Phi Beta Kappa graduate of the University of Pennsylvania, Mr. Segal graduated from the Law School first in his class; served on the Law Review’s editorial board, and was elected to the Order of the Coif. He was a fellow of the American College of Trial Lawyers for three decades and served as a regent and secretary of the College. He was active on the College’s Committee on Federal Civil Procedural Rules and served as a member of the American Bar Association’s Standing Committee on Judicial Selection, Tenure and Compensation, the Standing Committee on Improvements to the Federal Judiciary, and its Commission on Correctional Facilities and Services. He received the 50-year award from the ABA.