Carrie Burnham Kilgore fought tenaciously to earn her place as a law student and practicing lawyer in Philadelphia, and her talent, ambition, and passion for the profession paved the way for future generations of Penn Law women.

As the sole woman at Penn Law during her law school years — and as the sole female either studying or practicing law in Philadelphia following her graduation — she lacked for female peers, mentors, and mentees.

In celebration of her spirit, her accomplishments, and the fact that we are now fortunate enough to have all of the above, and thus capable of creating a vibrant and effective network of Penn Law alumnae, we name the Kilgore Society in her honor.

A bit about Carrie Burnham Kilgore, Penn Law Class of 1883 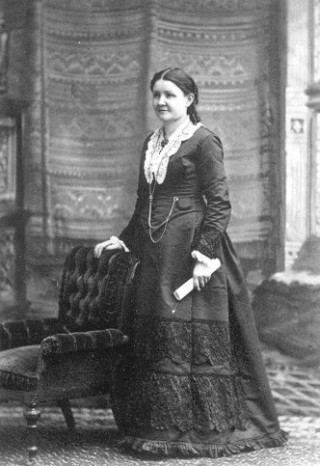 Beyond her myriad accomplishments, Kilgore believed in networking with, supporting, and promoting other qualified women. Read more at the Penn Archives.

“Mrs. Kilgore regrets that no other women are practicing or studying law in Philadelphia, and says she would like to have a lady student in her office, and would give such a one a good chance with her after admission to the bar.”

—Lelia J. Robinson, LL.B., in her informal census of all female law school graduates and practicing female lawyers in the United States in 1890.