Our students are involved in very exciting, diverse work at their field placements in Washington D.C. 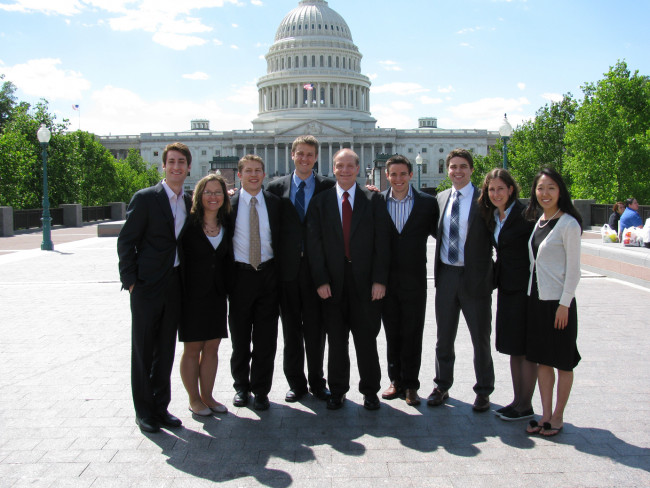 Professor Louis Rulli with students in front of the Capitol.