The U.S. Special Operations Command defines grey zone challenges as “competitive interactions among and within state and non-state actors that fall between the traditional war and peace duality.” In the words of Gen. Joseph Votel et. al., “[t]he Grey Zone is characterized by intense political, economic, informational, and military competition more fervent in nature than normal steady-state diplomacy, yet short of conventional war.”  If the spectrum of conflict is conceived as a line running from peaceful interstate competition on the far left to strategic nuclear exchange on the far right, grey zone conflicts fall left of center. These conflicts do not fit neatly into the current international legal framework and provide many unique challenges for holding states responsible for acts of aggression that fall short of jus ad bellum principles.

Grey zone conflicts abound in today’s world, and they aim to avoid meeting the threshold of an armed attack that would trigger a legal conventional military response. Russia’s actions in eastern Ukraine, China’s aggression in the South China Sea, and international support on both sides in the ongoing conflict and resulting humanitarian crisis in Yemen are all examples of ongoing grey zone conflicts that require the attention of the international community. Providing structure to the grey zone, whether through the application of existing international legal regimes or a novel legal construct, would serve the interests of global stability and justice. International legal or normative frameworks would allow states to better predict when their actions are a breach of another state’s sovereignty and will equip target states and the international community with accepted proportional methods to respond to such violations.

It is imperative that the United States operate within domestic legal constraints in the grey zone. To protect the rule of law and to prevent potential executive overreach, some measure of oversight and transparency in this currently opaque domain is required. Such oversight and transparency are necessary not only with respect to our own activity in the grey zone, but also in ensuring civil liberties are not violated as we protect our own nation against grey zone attacks. With that said, any attempt to regulate grey zone operations risks overly constraining the operational freedom necessary to meet our national security objectives.

This conference will bring together experts from academia, the military, the law, the private sector, and government agencies to facilitate a dialogue on the ethical, legal, and moral questions that arise from grey zone conflicts. Conference sessions will be devoted to defining grey zone tactics within the current international legal framework, examining grey zone tactics in the cyber domain, addressing issues of attribution and accountability, and examining the future of grey zone conflicts and the application or evolution of international law.

Attendance at the non-keynote sessions of this conference is by invitation only. 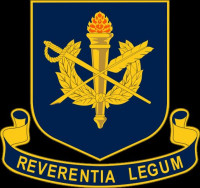