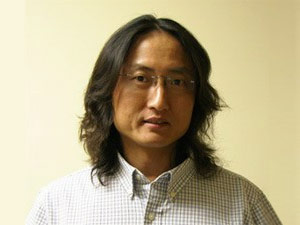 Q: Could you tell us about your areas of teaching and research and why you wanted to come to Penn Law School for the year?

A: I teach international law in at Tsinghua University Law School in Beijing. International law, as we know, has many subfields. My research is mostly focused on the Law of the Sea and environmental issues. Last year, I was very fortunate to have the opportunity to be accepted as a Fulbright scholar to come to the US. My Fulbright research proposal was on law and climate change. Some would say that climate change is the new important issue in international law. It will become a “Law of the Air” after the Law of the Sea as a major issue area for the future of the international legal order. The U.S. and China, of course, will play very great roles in shaping that order. I wanted to come to Penn in part because of the long history of friendship and cooperation between Tisnghua and Penn. The famous Chinese architect Liang Sicheng studied here long ago. Our two law schools also have a strong history of cooperation. I felt I could contribute to and benefit from that. I also wanted to come to Penn because of Penn’s renown as a center for interdisciplinary approaches to legal research. Climate change is a topic that requires attention to more than purely legal issues. It has much to do with economics, environmental sciences and more - all mixed together. I feel personally honored to have the chance to study and to carry on my research here.

Q: You just won an award for an article you’ve written on the precautionary principle in international environmental law. Could you tell us about that?

A: Frankly, so far, not so much. Scholarship on international law is still an early stage. The immediate task has been to deepen knowledge and study the law itself rather than going very far beyond the field. That is my personal view. This will change. International law scholarship in China will become more interdisciplinary. It has already happened in some other related fields, including international politics and international relations. Major figures in those fields in China come from varied backgrounds, including the sciences. I think in the international law and the other fields of legal studies in China will welcome people from different academic backgrounds to engage in specific studies on issues related to their home fields.

Q: Could you tell us more about your experiences at Penn this year?

A: I sat in on two classes that were relevant to climate change and environmental law. What I learned about U.S. environmental regulations and cases and debates over climate change law will be very helpful for my future work on the subject. Unfortunately, the stalemate at the global climate change meeting at Copenhagen made me realize that climate change law is still in a very uncertain state. Much of my work on that may have to wait. I also sat in on Professor Jacques deLisle’s class on China and International Law. It was very interesting to discuss and listen to his and the students’ views on international law, approaches to international law in China and the roles of international law in China’s management of foreign relations, including of course with the United States. I also continued my research on Law of the Sea issues, especially in the context of China-Japan maritime territorial disputes. I had the opportunity to make two presentations on this issue with the Foreign Policy Research Institute. I developed an article from one of the speeches. And I managed to write much of a book on Law of the Sea issues.

Q: You observed American approaches to international laws when you were in China, and you have also seen them more up close in the U.S. this year. What would you see as some of the significant differences between the way China and the U.S. - or Chinese and Americans - approach international law issues?

Q: What effect do you think your time at Penn is likely to have on your work?

A: I think, what I learned here, and what I did here, on many subjects will contribute quite a lot in my future career. I am very grateful and thankful for such a good opportunity.

Q: It’s been a real pleasure for us having you here. And one of the highlights, for me, was your role in my seminar on China and International Law where you had an opportunity to observe a mixed group of students, mostly American law students, and some others as well. What struck you as the differences in the classrooms that you’re experienced teaching in China, and what you saw teaching in my class here?

A: I think that students here are more active and more willing to argue, which is really good for law students. In China, I think we need to design some mechanism in the classroom to encourage students to think they can argue. That is also what I learned here.

Q: I think you and your colleagues may already be doing that. You’ll recall that in the seminar that you and I participated in this year, one of the students who was most willing to express viewpoints and to take on the professors was a student from China.