by David A. Koplow 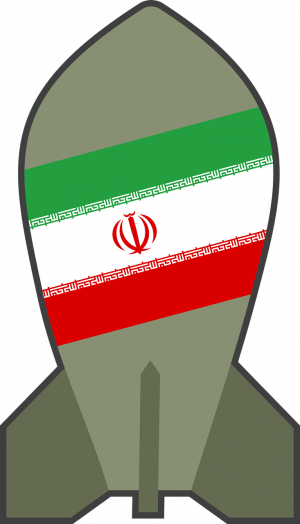 There are five prominent legal and political myths about the Joint Comprehensive Plan of Action (JCPOA, also known as the “Iran Nuclear Deal”). that have swirled in the voluminous and heated literature surrounding the agreement, ever since the Obama administration’s joining of the JCPOA in 2015 and the Trump administration’s improvident withdrawal in 2018. Current arguments against rejoining the JCPOA, such as the powerful and persuasive posting by my friend and colleague Dave Jonas on this blog, continue to be colored by these myths.

Myth #1: We cannot (or should not) do business with a rogue state like Iran. Yes, the regime in Teheran is vicious, hostile, and untrustworthy. In both word and deed it has been a pernicious source of instability throughout the region and belongs on the short list of countries of deepest concern for U.S. security policy.

That is precisely why it is so important to engage with Iran. The United States does not need a JCPOA with reliable, benign states like Belgium or Norway—indeed, it is only with our potential adversaries that nuclear negotiations of this sort are so vital. When we seek safeguards against impending malign nuclear developments, it is inevitable that we have to confront the bad actors.

Of course, this type of engagement does not mean we should trust our interlocutors—that is why the JCPOA required unprecedented openness on Iran’s part. It is noteworthy that repeated, intrusive surveillance by inspectors from the International Atomic Energy Agency (IAEA) continued to validate Iran’s near-perfect conformity with the agreement’s terms until the Trump administration’s withdrawal deprived Iran of the bulk of the bargain’s anticipated benefit. Obama’s negotiators here wisely borrowed the key principle from Ronald Reagan’s admonition to “Trust but verify”—the only viable path for dealings with malignant, unreliable regimes.

Myth #2: A better deal was (or is) attainable. This is the classic heckler’s objection—the assertion that if U.S. negotiators were more patient, more determined, or just plain tougher, then the opposition, aware of its own vulnerability and weakness, would have collapsed, knuckling under to our demands for a more stringent, far-reaching agreement. It is always easy to identify important points that we might wish had been included in the JCPOA—it would be great if the terms had 100% banned uranium enrichment in the country; it would be marvelous if “any time, any place” inspections had been authorized.

But negotiation is always the art of the possible, and the other participants get votes about the outcome too. That is what it means to negotiate—it is inevitably a process of give-and-take where no one is able to insist upon full acceptance of demands, and everyone is at least partially unsatisfied with the final result. The articulation of the JCPOA was hardly hasty—years were devoted to the preparation and conduct of the negotiation—and if there is work still to be done, the right response is to return to the negotiating table to explore an additional follow-on agreement, not to abandon the partial success originally achieved.

In this case, moreover, we have an unusually vivid illustration of the fallacy of the “tougher” approach. The Trump administration’s belligerent “maximum pressure” campaign intended to squeeze the Teheran regime into submission has accomplished exactly nothing (other than inspiring Iran to resume higher levels of enrichment than the JCPOA allowed). Four years of persistent rigidity have conspicuously failed, where the diplomatic approach did indeed succeed in walking Iran significantly back from the nuclear precipice.

Myth #3: The JCPOA should have dealt with additional issues. The United States has many righteous grievances with Iran: We are apprehensive about Iran’s ballistic missile program; we are adamant about its continuing support for terrorism; and we are aghast at its horrific violations of fundamental human rights. Not one of those issues has abated in recent years.

But all of those problems would be worse if Iran had a nuclear weapon, so it makes good sense to prioritize the nuclear issues, as the JCPOA negotiators did. There is hope (maybe slimthat meaningful, enduring progress on the nuclear portfolio might provide a wedge to open a more fruitful dialogue on the other agenda items. Even if JCPOA success does not propagate to the other topics, the primary objective has to be to increase the “breakout time” that would be necessary for Teheran to achieve a nuclear weapon—that is a priority all observers should be able to agree upon.

A comparison to U.S.-Soviet relations during the Cold War is illuminating here. There, too, the range of international controversies dividing the two states was vast and multifaceted. They were at loggerheads over nuclear and conventional weapons, human rights, support for subversion around the world, and political primacy. But cooler heads wisely refused to allow the most important shared interest—the avoidance of nuclear war—to be held hostage to other topics. They proceeded to tackle the SALT, START, and other negotiations regardless of other controversies. Even when the collateral problems were tremendously important and divisive, they kept their eyes on the main nuclear prize and accomplished small and incremental, step-by-step progress. Likewise, in dealing with Iran today, there is no guaranty that resuscitating the JCPOA would stimulate progress on the other crucial matters, but we should prioritize first things first.

Myth #4: The JCPOA should have been legally binding. The 2015 document is not a treaty; it is a non-legally binding agreement among several states and the European Union (which are properly referred to only as “participants” rather than as “parties” or “signatories.”) On this point, Iagree that it would have been preferrable to cast the instrument in legally binding form, as most (but not all) prior arms control instruments have been. My own taste runs in favor of the increased formality and dignity of the treaty form.

But even I have to admit that the legal formality does not always make much difference in these contentious situations. Regarding the fidelity of state compliance, I am afraid that the historical patterns do not substantiate a judgment that countries honor their legally binding treaties with much greater exactitude than their non-legally binding accords; there are all too many sustained violations of each type of instrument. Regarding durability, President Trump has amply demonstrated the ability to withdraw the United States precipitously from legally binding treaties (such as the Intermediate-range Nuclear Forces Treaty and the Treaty on Open Skies) with the same abruptness that the Withdrawer-in-Chief pulled the United States out of the JCPOA.

Additionally, as a matter of practical politics, an insistence upon casting a document like the JCPOA as a treaty under the rubric of Article II of the U.S. Constitution is simply another way of opposing its implementation at all. With today’s fractious congressional politics, it is basically impossible to assemble a two-thirds Senate vote of advice and consent for any important, controversial agreement (especially one proffered by a Democrat). The seemingly-neutral insistence upon use of the standard treaty procedure for the JCPOA is therefore little more than another covert strategy to sink the document altogether.

Myth #5: Rejoining the JCPOA now would constitute an unwise zig-zag in U.S. foreign policy. Like all good myths, this one is built upon a nugget of truth—there is usually significant advantage to the United States behaving in a consistent, stable fashion. The art of foreign affairs can embrace the virtues of predictability; America is often strongest when it is seen as steadfastly maintaining a reliable course.

But the converse aphorisms have validity too: When one finds oneself in a deep hole, the first exercise of wisdom is to stop digging and maintaining a true course is wise only when the course will take you where you want to go. And why should a zig-zag today, to go back to an earlier diplomatic path be less valid than the zig-zag of three years previous, which abruptly jumped the country off the original JCPOA trajectory?

In this instance, it is noteworthy that America’s closest allies (the United Kingdom, France, Germany, and the EU) have always clung to the JCPOA and are now earnestly pulling the Biden administration back on board. They appreciate the wisdom of the 2015 arrangement and have managed to sustain it somehow, despite the Trump frolic and detour. They would welcome a return to the JCPOA as restoration of the traditional U.S. posture of coherent, sustainable, multilateral reliability.

In sum, there are no easy answers for the Biden administration regarding the JCPOA. A quick reincarnation of the status quo ante will not be easy or automatic—Trump’s petulance and Iran’s adamant response have made even a simple restoration of the original deal complicated. But a clear-eyed approach, free from the myths that have obscured logical thinking about the agreement, should now lead to its revival.

David A. Koplow is a professor of law at Georgetown Law and specializes in the areas of public international law and national security law.