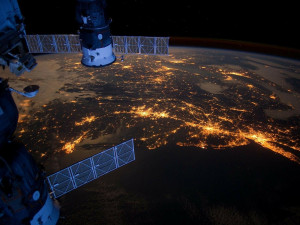 The U.S. military has an incredible network of satellites providing real-time surveillance, intelligence gathering, targeting, internet, and navigation. The continued success of this multi-billion-dollar network faces one small problem: a $170,000 satellite jammer. Knowing the U.S. military’s dependence on satellites, Russia, China, and Iran have actively sought to purchase six-figure technologies to obstruct billion-dollar ones. International treaty law prohibits satellite interference but provides no meaningful remedy or means of enforcement short of armed conflict. Our current vulnerability and lack of recourse make the U.S. position untenable. The Biden administration should pursue the following two-fold strategy in response:

2)  Invest in the development of more creative, non-kinetic countermeasures

The Dangers of Satellite Interference

Satellite interference comes in many forms, such as jamming, dazzling, and cyber-attacks. Jamming involves emitting noise at the same radio frequency as the satellite’s antennas to overpower the intended signal. Dazzling temporarily blinds the satellite by overwhelming its sensor with a source of light brighter than what it is trying to view. Cyber-attacks include hacking into and taking command of the satellite’s control system. These forms of satellite interference pose major risks to both the U.S. military and economy. Satellites provide numerous services, from ATM withdrawals to GPS navigation to broadband internet. Disruptions in any of these have the potential to cause severe economic damage and loss of life. For example, if the interference disrupted a satellite providing GPS guidance, it could lead to automobile, shipping, or airline accidents. Most concerning is that any State seeking to disrupt satellite communications can do so for just a fraction of the cost of a satellite network.

Our adversaries can exploit our dependence on military satellites. China routinely defeats the United States in Pentagon wargames. After China disables American satellites and other command-and-control systems through hacking and jamming, the exercise essentially stops because the U.S. military is left flying blind. These exercises, however, are not mere fiction. Analysts have discovered five Chinese laser dazzling bases in Xinjiang, and in 2008 Chinese hackers took control of civilian imagery satellite. In Syria, Russia jammed U.S. AC-130 gunships’ communication systems and data links, thereby inhibiting successful targeting and attack coordination. Without these systems, the ships’ operators may be unable to differentiate between friendly and enemy forces in conflict.

Satellite Interference and The Law

The UN Charter does not offer satisfying recourse because satellite interference does not clearly violate any of its provisions. Article 2(4) prohibits “the threat or use of force against the territorial integrity or political independence of any State.” Article 51 then reserves for States the right to self-defense in response to an armed attack. Armed attacks and use of force are not synonymous. In the Nicaragua decision, the International Court of Justice (ICJ) acknowledged

the existence of “measures which do not constitute an armed attack but may nevertheless involve a use of force” and distinguished “the most grave forms of the use of force from other less grave forms.” An action must meet a “scale and effects” threshold to amount to an armed attack, either by direct action or its secondary effects. In the context of satellite interference, actions like jamming would likely not constitute grave uses of force because they are temporary, reversible, and usually do not damage the satellite itself. Interference can, however, cause secondary damages from disruptions in services. If the secondary effects are significant, then the scale and effects could rise to the level of an armed attack. If the secondary damages are limited, as is usually the case, then the interfering State would not violate the UN Charter.

Virtually all countries are party to the 1967 Outer Space Treaty. Article I declares, “The exploration and use of outer space, including the moon and other celestial bodies, shall be carried out for the benefit and in the interests of all countries,” and later emphasizes that outer space “shall be free for exploration and use by all States without discrimination of any kind.” Jamming a U.S. satellite would violate the first provision because interference reduces America’s ability to freely use its satellite in space. Furthermore, if the interference is directed at only the United States, then it would violate the second provision regarding discrimination.

Satellite interference also violates OST Article IX’s twin mandates that space exploration and use “shall be guided by the principle of co-operation and mutual assistance” and that States shall exhibit “due regard to the corresponding interests of all other States Parties to the Treaty.” Interference is antithetical to cooperation and mutual assistance and does not exhibit “due regard” to American interests.

The ITU Constitution, which has 191 parties, aims to improve telecommunications worldwide, foster peaceful telecommunication cooperation, and “eliminate harmful interference between radio stations of different countries.” Article 45 obligates Member States to operate “[a]ll stations, whatever their purpose […] in such a manner as not to cause harmful interference to the radio services or communications of other Member States.” The ITU Constitution defines “harmful interference” as “[i]nterference which endangers the functioning of a radionavigation service or of other safety services or seriously degrades, obstructs or repeatedly interrupts a radiocommunication service operating in accordance with the Radio Regulations.” Successful satellite interference is harmful because it severely degrades or obstructs the satellite, even if only temporarily.

An interfering State could invoke the ITU Constitution’s military exception. Article 48 governs “Installations for National Defense Services” and states, “Member States retain their entire freedom with regard to military radio installations.” Importantly, Article 48 later clarifies that “these installations must, so far as possible, observe statutory provisions relative to giving assistance in case of distress and to the measures to be taken to prevent harmful interference.” (emphasis added). Jamming, dazzling, and cyber-attacks are intentional acts that violate the provisions on harmful interference. Thus, the military exception does not protect satellite interference.

The legal recourse available to the United States remains limited. Although all major spacefaring nations are party to the Space Liability Convention, the treaty defines damage as “loss of life, personal injury or other impairment of health; or loss of or damage to property of States or of persons, natural or juridical, or property of international intergovernmental organizations.” The treaty only includes physical damage and would not apply to the temporary and reversible effects of satellite interference. There is also no State practice of suing over satellite interference.

Under customary international law, the United States could pursue countermeasures. Customary international law accepts the Draft Articles of Responsibility of States for Internationally Wrongful Acts, which state that “[e]very internationally wrongful act of a State entails the international responsibility of that State.” Because satellite interference is a breach of the OST and ITU Constitution, the interfering State can be held to account. An injured State “is entitled, within the limits set by the general rules of international law pertaining to the use of armed force, to affirm its rights through ‘counter-measures.’” Countermeasures allow for the necessary, proportionate, and temporary cessation of compliance with an international obligation toward a State responsible for an internationally wrongful act. To that end, countermeasures must be designed to compel the interfering State to comply with its international obligations. Once the jamming is over, the interfering State has ceased violating its international obligations. Thus, the United States can only undertake countermeasures responding to the jamming while it is ongoing. This conclusion is particularly unsatisfying because it takes time to clearly attribute the jamming and prepare a response. Often, it is nearly impossible to determine if the interference is intentional or accidental, making attribution even more difficult. The proliferation of cheap commercial satellite jamming technologies also makes it difficult to determine if a State or commercial entity is performing the jamming. If the United States quickly determines which State is at fault, Washington can pursue kinetic and non-kinetic actions aimed at compelling cessation.

Most kinetic options fall into the “not proportional” or “infeasible” column. Firing an anti-satellite missile at the adversary’s satellite may appeal to some because it represents a strong response that will deter the State from continuing its behavior. However, such an attack is not proportional. Jamming is reversible and does not destroy the satellite. Destroying the satellite cannot be undone and would escalate the conflict.

Striking the jammer or laser dazzling base with a cruise missile could offer an attractive means to ensure compliance with international treaties. So long as the prospective damage to civilian property and life is minimal, such an attack would be proportional. Moreover, Washington may justifiably interpret interference with our military satellite as a precursor to further aggression, potentially making the cruise missile strike a valid self-defense measure. The strike also successfully distinguishes between civilian and military targets, a core component of international humanitarian law, making it a valid countermeasure. However, finding the jammer and gaining access to it would be particularly difficult. If the jammer is on the back of a truck deep within China or Russia, launching any kind of strike may be impossible.

Fighting interference with more interference offers the most natural tit-for-tat option. Once the United States discovers who is jamming the satellite, the military could use cyber-attacks or jamming to disrupt the adversary’s command-and-control systems. The disruption would meet the principles of proportionality and distinction and also disable the interference. The challenge is determining where the jammer’s command-and-control system is and quickly disabling it. It remains unclear whether America’s non-kinetic options can succeed in disabling our adversaries’ systems in a timely fashion. Regardless, non-kinetic options for disabling satellite interference systems represent the best option for the U.S. military to invest in moving forward.

It is no surprise that the legal options available to the United States have not kept up with modern technology: there has not been a major treaty on space since bell-bottoms were in fashion. Given the likelihood that our adversaries will exploit our military’s dependence on satellite infrastructure, the lack of legal recourse is alarming. In the long term, the United States should undertake the heavy lift of creating an international agreement prohibiting satellite interference. In the short to medium term, the Biden administration should formulate new arms control agreements with Russia and China that prohibit satellite interference and create legal mechanisms for recourse. Meanwhile, America should aggressively punish satellite interference to help develop a stronger customary international legal norm against it. The more times States get away with satellite interference, the less likely it is for this norm to develop. To that end, President Biden should instruct the Pentagon to develop more creative military options, particularly investing in non-kinetic methods, to respond to satellite interference.

Clayton Keir is a third-year J.D. candidate at the University of Pennsylvania Carey Law School. He received his undergraduate and master’s degrees from the Georgetown School of Foreign Service. He is a national security professional who has worked throughout the U.S. government and externed with the U.S. Space Force in the fall of 2020. @ClaytonKeir