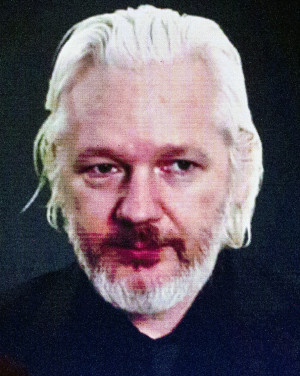 In a February 8, 2021, article appearing in Just Security, Jameel Jaffer argues that “a successful prosecution of [Julian] Assange would have far-reaching implications both for national security journalists and for the news organizations that publish their work.” I suspect he is correct; so, looking to capitalize on Donald Trump’s recognized antipathy for the mainstream media and his administration’s noted difficulty with the concept of truth, Jaffer argues that the prosecution of Assange must be abandoned to remedy the Trump administration’s assault on a free press. Upon closer inspection, however, it would be injudiciously premature of the Biden administration to summarily jettison the Assange case.

Jaffer is a noted free press advocate, and his views are unsurprising and largely reflect those expressed by media advocates since the government’s May 2019 and June 2020 superseding indictments expanded the charges against Assange to include multiple violations of the Espionage Act. But those who believe that the Assange indictment reflects the Trump administration’s broader hostility towards the media choose to ignore that Assange’s wrongful acquisition and exposure of U.S. national security information fall squarely within the ambit of U.S. espionage laws. The invocation of the Espionage Act in response to Assange’s inculpatory conduct, however, reverberated throughout the Fourth Estate precisely because, as Jaffer and other like-minded media defenders have acknowledged, that conduct “focuses principally on activity that national security journalists engage in ‘routinely and as a necessary part of their work’—cultivating sources, communicating with them confidentially, soliciting information from them, protecting their identities from disclosure, and publishing classified information.”

According due regard for such viewpoints, the Assange prosecution does not portend the end of the Republic; although, for those journalists who have increasingly solicited, received, and published classified information with relative impunity, Assange’s indictment may signal that the government no longer considers the media immune from the consequences that the espionage statutes, at least on their face, contemplate for such conduct.

The opening paragraph of the current Assange superseding indictment alleges he solicited sources to repeatedly circumvent legal standards to obtain classified information to pass on to WikiLeaks for public dissemination. As many journalists in the mainstream media recognize, this is precisely what national security reporters and their publications often encourage government officials or contractors to do. Experienced journalists reporting on national security matters generally know or strongly suspect that the information they are pursuing (or encouraging others with access to pursue) is classified—knowledge underscored by the clandestine mechanisms they provide to sources to convey that information securely and anonymously. Reporters also know that the purveyors are likely violating the law but, like WikiLeaks, media outlets encourage sources to provide them with classified information and obtain that information however it can be secured and transmitted, regardless of legality.

Another facet of the Assange indictment that surely resonates with reporters is the government’s emphasis of the WikiLeaks website’s acknowledgement that “WikiLeaks accepts classified, censored, or otherwise restricted material of political, diplomatic, or ethical significance.” These “standards” for acceptance are strikingly similar to those that publishers and editors of mainstream publications apply in making their own decisions regarding the publication of classified information. As former Washington Post editor Leonard Downie once acknowledged, “‘Highly classified’ doesn’t mean anything to me … The question is, is it important for the American public to know that its government is acting in its name in this particular way?”

This attitude has produced a dramatic change in journalistic norms over the past few decades, with mainstream media far more willing to publish national security secrets now than in the past. In a 2019 article in Lawfare, Jack Goldsmith suggested a number of reasons why and how those norms have changed, noting that reporters obviously absorbed the supposed public interest benefits that some commentators attributed to the massive leaking by Chelsea Manning and Edward Snowden while concomitantly recognizing that journalists suffered remarkably few legal consequences as a result of publishing what was leaked.

Goldsmith’s observations are on the mark and highlight a trend material to this debate. Watergate, Vietnam, and the 1970s investigations of U.S. intelligence activities fostered a distrustful media that grew increasingly aggressive in the face of decades of U.S. government passivity regarding the protection of classified national security information. A few years ago, a counsel of The New York Times, David McCraw, acknowledged that The Times’s hesitance to publish national security secrets diminished in the wake of the Snowden experience, which convinced the newspaper’s legal counsel “that there is no legal consequence from publishing leaks” of classified information.

To be sure, some part of the government’s inability to corral the problem of unauthorized disclosures is self-inflicted. Since the early 1970s, the Department of Justice (DOJ) has maintained longstanding regulations imposing special procedures in investigations involving journalists who require the express authorization of the attorney general before standard investigative tools like subpoenas, search warrants, and court orders can be used.

Other internal DOJ prosecutorial policies exacerbate these regulatory restrictions when it comes to redressing unauthorized disclosures of classified national security information. Under a 1995 memorandum of understanding, the Intelligence Community sends “Crimes Reports” containing, among other things, unauthorized disclosures appearing in the media to the DOJ for investigation and potential prosecution. However, no “Crimes Report” has ever resulted in a media prosecution, not least because the initial step in any effort to pursue a media leak of classified information begins with the DOJ’s “Media Leak Questionnaire” listing 11 preliminary inquiries, including requiring of the reporting agency whether “the information [will] be made available for use in a prosecution, and if so, what is the name of the person competent to testify to its classification?” Thus, from the start, any DOJ prosecution of a media disclosure requires that the reporting agency be prepared to compromise the source or method in question.

The passivity produced by this internal handcuffing is exemplified by the absence of any meaningful response to the December 2005 publication by The New York Times of the details of the National Security Agency’s (NSA) post-9/11 StellarWind collection program, where the government’s inertia allowed The Times, in the words of executive editor Bill Keller, to “satisf[y] ourselves that we could write about this program … in a way that would not expose any intelligence-gathering methods or capabilities that [were] not already on the public record” while withholding “technical details” of the program.

Media organizations and their executives may harbor little concern that adverse consequences attend their publication of the nation’s secrets, but my experience at the NSA tells me that in the Intelligence Community the concern about the deleterious effects of unauthorized disclosures of intelligence sources and methods has never abated. For years, those concerns have been outweighed by the political and/or public relations fallout that invariably entered into the cost/benefit analysis of bringing a leak prosecution against the media. As recently as 2013, for example, the Obama administration reportedly rejected the idea of prosecuting Assange because of “The New York Times problem”—a short-hand description of the recognition that it was “impossible to prosecute Assange for publishing classified documents without also prosecuting The New York Times, the Washington Post, and others for doing exactly the same thing.” This sort of political and public relations calculus has been used repeatedly to squelch Intelligence Community appeals for more aggressive steps to stop unauthorized disclosures.

Combine this inertia with an emboldened new breed of journalist wedded to the concept that “it is legal and constitutional to publish secret documents even if the sources of those documents obtained them through illicit or even illegal means,” and you have a leak problem that has reached deluge proportions. These considerations—extending over several administrations (not just Donald Trump’s disdain for the press)—likely factored into the decision to prosecute Assange. These same considerations, moreover, make it a mistake to abruptly abandon the prosecution under the guise that it represents nothing more than the Trump administration’s animus towards the media.

A danger greater than prosecuting Assange lies in effectively leaving the security of the nation’s secrets to reporters and editors who lack the experience, context, or depth of knowledge necessary to evaluate what their publications expose. Bill Keller may well have believed he could “write about [StellarWind] … in a way that would not expose any intelligence-gathering methods or capabilities,” but Keller was no more qualified to make that judgment than the NSA director is to decide what content will maximize The Times’s circulation and advertising revenue. Disclosures revealing sensitive intelligence operations create enough problems, but often reporters have little or no appreciation for the quantum of unique detail in their publications permitting a target, through use of its own intelligence capabilities, to deduce the source of the information, uncover details of U.S. tradecraft, or adjust to U.S. capabilities sufficiently to neutralize the source or, worse, utilize it to communicate future disinformation. Often, the inclusion of such source-identifying detail is either gratuitous or deliberately used to embellish the perceived journalistic credibility of the reporter or publication. Matters are further exacerbated in many stories containing leaked classified information by tangling accurate disclosure with less accurate surmise, and, at times, completely inaccurate speculation. Yet, at least in terms of intelligence activities conducted by the NSA, CIA, or FBI, the government can rarely address or ameliorate the effects of such misinformed or misguided reporting because any correction, explanation, or rebuttal risks further compromising or degrading intelligence capabilities.

The Assange prosecution makes a point, but I suggest that the point made is that it is the media, not the government, that may need to recalibrate. For too long, some national security journalists have trolled the corridors of government agencies soliciting the indignantly underpaid, the ideologue, or the malcontent to pilfer secrets they are sworn to protect; publish those secrets; and then expect that the government will do another damage assessment, bear the costs of the unauthorized disclosure in both dollars and lost intelligence, and move on. The First Amendment does not afford carte blanche to engage in such conduct, and the reaction to the Assange indictment from members of the mainstream media squirming from the uncomfortable proximity of their own conduct to Assange’s reflects less that a constitutional line has been crossed and more that government torpidity may finally have given way to action.

An abrupt nolle prosequi by the Biden administration under the guise of correcting the excesses of Trump should not be used to sidestep what the Assange case really portends: a needed reassessment of the government’s response where the media’s publication of national security information violates the laws Congress enacted to protect that information.

George W. Croner was the principal litigation counsel in the Office of General Counsel at the National Security Agency (NSA). He is a senior fellow at the Foreign Policy Research Institute (FPRI) in its national security program and a member of CERL’s Advisory Council. @GeorgeCroner