Skip to main content area Skip to institutional navigation Skip to search
« Back to The RuleOfLaw Post
Goldwater Rule • April 15, 2021

In Trump’s wake, psychiatry is challenged 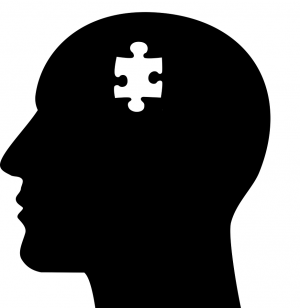 This post is one in a series covering the Goldwater Rule and the debate surrounding its use. The views expressed in this article are those of the author.

A pediatrician treats an ever-rising number children for diabetes and other obesity-related illnesses and considers consulting with the local school district to discuss its health and physical education curricula. And what, wonders the doctor, is being served at lunch? Might it help to speak to the press about the childhood obesity crisis?

Overwhelmed by the number of patients with pneumoconiosis, a pulmonologist notes that 90% of the cases are diagnosed in mine workers. On a weekend afternoon, the doctor begins online research to determine who might respond to concerns about conditions in the town’s mine. The mine operator? Government regulators? The press?

Drafted into service at the height of the coronavirus pandemic, a psychiatrist relies on medical school training to care for infected patients while also keeping an eye on the staff and family members affected by the pervasive suffering and death. Among the dying patients are those who listened to President Donald Trump and, like him, ignored calls for mask wearing and social distancing.

In the three scenarios above, the pediatrician and the pulmonologist would be free to “go public” and might even have a professional duty to do so. The psychiatrist, who has a similar concern for public health, might feel a conflict that is unique to the specialty of psychiatry because, according to the American Psychiatric Association (APA), psychiatrists would be ethically barred from referencing the president’s behavior as disordered.

According to the APA, a psychiatrist who warns of a public figure’s possible mental illness violates an ethical standard known as the “Goldwater Rule.” Developed after many APA members responded to a 1964 poll on presidential candidate Barry Goldwater’s mental fitness, the rule holds that it is “unethical for a psychiatrist to offer a professional opinion unless he or she has conducted an examination and has been granted proper authorization for such a statement.”

For decades, the Goldwater Rule was rarely of concern because public figures rarely posed much of a danger. In fact, among journalists who were tepid in their embrace of psychiatry, the rule was a handy excuse for not dealing with the mental health of the people they covered. Then came Donald Trump whose lifelong habits of lying and bullying (including sexual harassment) were well documented. Importantly, his behaviors continued while a candidate and president, and by virtue of his position threatened the well-being of vast numbers of Americans. This caused many mental health experts and journalists to reevaluate both the efficacy of the Goldwater Rule and their professional responsibilities to society.

As author of a recent biography of Donald Trump and a journalist who wrote about his presidency, I saw my profession struggle to report on his behavior as it defied all our usual methods. It was not enough to refer to Trump’s assertions and then quote a source with a different perspective. What he said often amounted to a blatant distortion of truth, leading journalists to rigorously fact-check his statements so readers, viewers, and listeners would not be deceived. More than any president in history Trump led on the basis of his personality, not policy, and he made no effort to serve the country as a whole. Instead, he sought ways to inflame and divide, counting on the partisan energy created as his devoted followers joined him in scapegoating others.

As an experienced biographer who had spent many hours with Trump and devoted years to investigating his life story, I was among the first to describe in layman’s terms his narcissism, grandiosity, and habit of lying that was far beyond anything I had previously considered. I became a source for many journalists who struggled to explain Trump’s behavior as his ranting spread distress across the country and around the world. With the pandemic, Trump’s personality problems became lethal as Americans suffered hundreds of thousands of excess deaths because of his failures.

Ironically, the experts who could have spoken about Trump’s mental fitness with great authority—psychotherapists, psychologists, and psychiatrists—were deliberately sidelined during his candidacy and presidency. Psychiatrists were hemmed-in by APA leaders who used the Goldwater Rule to inveigh against “armchair psychiatry” and ostracize those who recognized their duty to protect public health by warning of the president’s struggles.

When forensic psychiatrist Bandy Lee appeared at Columbia University Vagelos College of Physicians and Surgeons to discuss the danger posed by Trump, Jeffrey Lieberman, APA’s former president and current chair of the psychiatry department at the university’s medical school, had insisted on joining her. According to a published report, Lieberman did not address Lee’s warning about Trump but instead compared her to Nazi and Soviet psychiatrists who helped authorities punish enemies of the state. (Because Lee was actually warning about the head of state and not working on his behalf, the comparison was quite strained, but with it, Lieberman was able to use inflammatory words like “Nazi.”)

Lieberman also used social media and a New York Times essay to criticize those who spoke about Trump’s threat, leading many mainstream news outlets to stop using them as quotable sources of information. Even the 27 mental health experts who contributed to a bestselling book about the topic were rarely heard. Indeed, it was not until the president’s niece, herself a psychologist, published her own book that a professional voice became prominent in the public conversation about his behavior. By this time, however, it was too late to save the country from leadership that had drastically exacerbated the consequences and suffering of the pandemic.

Trump’s response to his defeat in the 2020 election further demonstrated that Lee and others were accurate in their warnings as he used his malign abilities to inspire a deadly attack on the U.S. Capitol that left more than 100 police officers injured. The events of January 6 made clear that psychiatrists can reliably assess a public figure’s fitness from a distance.

The legacy of the Trump presidency includes trauma inflicted upon institutions that were unprepared for his recklessness. Congress was attacked by insurrectionists who had been motivated by his persistent, specious claims of election fraud. The courts and the Justice Department have been undermined by his many attacks on judicial integrity. Whatever the APA’s original intent for adopting the Goldwater Rule, in the dangerous case of Donald Trump the rule was used to sideline credible experts who witnessed, along with the nation, obvious mental health problems. It was as if a stadium full of orthopedists saw a football player’s compound fracture and agreed to not say anything about it as he went back on the field.

Just as it was obvious that Trump seemed mentally unfit, it is obvious now that the Goldwater Rule should be revisited. An ethical review would include consideration of the following questions that may not have been taken into account when the rule was devised:

These and many other questions must be asked and answered if mental health professionals are to be ready to publicly, confidently, and ethically address the mental health of the next powerful leader who puts the people in harm’s way.

Writer Michael D’Antonio is author of the biography The Truth About Trump and co-author of High Crimes, The Corruption, Impunity and Impeachment of Donald Trump. He is a widely quoted and interviewed source on Trump and his presidency and writes frequently on national affairs for a wide range of publications. Twitter: @MBDAntonio