Before coming to the University of Pennsylvania Carey Law School, Peter Jacobs L’22 spent six years as a journalist, learning first-hand about the importance of a free press. During the widespread protests that took place around the country in response to the murder of George Floyd in 2020, Jacobs watched with alarm as journalists attempting to cover the demonstrations were rounded up along with protesters by police. 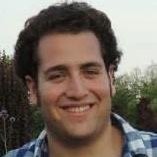 In his Comment “Protest, the Press, and First Amendment Rights Before and after the ‘Floyd Caselaw,’” forthcoming in Volume 24 of the University of Pennsylvania Journal of Constitutional Law, Jacobs explores the contours of journalists’ right to do their jobs. The Law School’s Office of Communications spoke with Jacobs about the First Amendment issues raised by last summer’s protests.

Office of Communications: Tell us about what you did before law school.

Jacobs: I started at Business Insider — now known as Insider — right out of college as the founding reporter for a new education section they were launching, where I did a mix of day-to-day news coverage and original reporting. I was especially proud of original work I did on college sexual misconduct allegations.

After two years in this role, I then transferred to Business Insider in London as a breaking news editor with an international focus. I covered the overnight shift for New York and coordinated coverage with the UK team, making sure we got all the big stories. I really loved the adrenalin rush of breaking news and keeping an eye everywhere to make sure the site was up to date.

After two years in London, I returned to New York where I was named military and defense editor. In this role, I led a team of reporters focused on military and international affairs reporting. This was a great opportunity to direct coverage of major world events and help bring a specialized topic to a wide audience.

Office of Communications: Why did you decide to pursue law school?

Jacobs: As much as I loved my work as a journalist, law school was always in the back of my mind. In all my positions, I kept encountering legal problems and questions that caught my attention and made me want to learn more — from due process concerns with campus sexual misconduct cases to the implications of major breaking Supreme Court decisions to war powers’ worries about international conflicts. Eventually, these issues led me to law school, where I’ve been able to examine these types of legal questions in-depth. My time so far at the Law School has really cemented that this was the right choice for me.

Jacobs: It became clear early on in the coverage of the George Floyd protests last summer that the press was being targeted by police. While it’s not unusual for journalists to get caught up in a mass arrest at a protest, the way that police across the country would aim their shots at journalists standing alone, away from crowds, or ignore press credentials when journalists were exempt from curfews seemed new. Almost immediately, these actions led to lawsuits.

One case that caught my eye was a lawsuit in Portland, where a judge effectively made journalists exempt from police dispersal orders. From a legal standpoint, this was pretty much unheard of for a court order, and it made me want to keep an eye on what other courts were doing. I think that case in particular helped me find a topic to explore for my Comment to try and understand the balance between established law and what may be “right” as a matter of policy.

Office of Communications: Could you summarize the main ideas of your Comment?

Jacobs: There’s a basic principle in constitutional law that journalists don’t get any special privileges just because they’re journalists — for example, reporters can’t trespass on private property for a story or automatically gain access to a crime scene. However, in practice, judges tend to make distinctions between members of the press and other groups, such as protestors or legal observers.

Broadly, my Comment attempts to make three points. First, even though courts say journalists don’t have special rights, they still distinguish between the press and protestors, and often expect police to do the same. Second, the way that courts treat journalists is different from how they treat other groups at protests, such as legal observers, citizen journalists, and medics. Third, courts may be more likely to protect journalists following last summer’s protests.

I think there’s a really interesting phenomenon happening with what one judge has termed the “Floyd Caselaw” — cases coming out of last summer’s protests — where courts seem to acknowledge that law enforcement can and should be treating members of the press differently when they’re doing their job and covering protests as reporters.

Office of Communications: How do you see these issues being tested in years to come?

Jacobs: I think there are two big questions in my Comment that will continue to be answered over the next few years.

First, is there a constitutionally protected right to record or monitor police activity at a protest? If so, who has this right? While most courts that have tackled this issue have defined its scope broadly, judges appear to still be waiting on more guidance from the Supreme Court. I wouldn’t be surprised if the Justices rule on this in the near future.

Second, can journalists disregard police dispersal orders at a protest? A year ago, there would be a clear answer to this — no. However, there’s been a few recent rulings from district court judges that effectively establish press exemptions. It remains to be seen if this becomes the norm, or if higher courts throw out these orders.

Office of Communications: Why, in your opinion, is it important to protect freedom of the press?

Jacobs: Peaceful protests are constitutionally protected and should be treated as such by law enforcement. As we all saw last summer, however, that may not always be the case, especially when the protests are about police conduct itself. It’s important to protect the press at these demonstrations not only to give protestors an outlet for their voices to be heard, but also to document what happens when officers react and infringe on these rights.

But freedom of the press shouldn’t just apply to professional journalists. After a jury found Derek Chauvin guilty of murder, the original police report from George Floyd’s death was circulated around Twitter. It was radically different from what we now know to be the true story. The reason we know the truth is because a bystander took out their phone and recorded what they saw happening in front of them, for the whole world to see. This too deserves to be protected.

Read Jacobs’ Comment in the University of Pennsylvania Journal of Constitutional Law.