Earlier this week, in a unanimous opinion in the consolidated cases of Garland v. Dai and Garland v. Alcaraz-Enriquez, the Supreme Court of the United States rejected the 9th Circuit’s approach of taking asylum seekers’ testimony as credible when reviewing cases in which immigration courts were silent on applicants’ credibility.

University of Pennsylvania Carey Law School Adjunct Professor of Law Fernando Chang-Muy offers insight into the impact of the opinion: 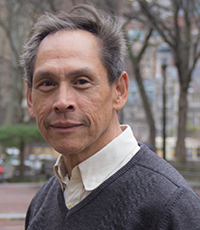 In two asylum cases that the Supreme Court consolidated, the Court rendered a decision that will have lasting impact.

Cesar Alcaraz-Enriquez came to the U.S. as an eight year old. However, due in part to mental illness, his drug abuse and domestic violence against his girlfriend, he went to prison. As an adult he applied for asylum and in order to win, had to prove he had a fear of persecution if deported to Mexico because of his race, religion, nationality social group or political opinion. Without referring to whether or not he was credible, an Immigration judge denied his request, and in his appeal to the next level, with the Board of Immigration Appeals (BIA), the Board agreed with the Immigration Judge that Cesar was not eligible for asylum. In his next appeal to the Court of Appeals, the Court said that in the absence of a discussion of his credibility, the Immigration Judge and BIA should believe the applicant. Supreme Court Justice Gorsuch criticized the Ninth Circuit for, “disregard[ing] entirely the evidence contained in the probation report and credit[ting] only Mr. Alcaraz-Enriquez’s version of events.”

In another asylum case Ming Dai applied for asylum and said that in 2009, Chinese officers forced his pregnant wife to have an abortion, and forcibly inserted an IUD to prevent her from another pregnancy. The Immigration Judge denied his request but again did not state in the opinion whether Ming Dai was credible or not. In his appeal, the Board of Immigration Appeals also agreed with the Immigration Judge that Ming Dai was not eligible for asylum. In his further appeal to the Court of Appeals, the Court said that his testimony must be “‘deemed’ credible and true,” because the immigration judge did not make a specific finding about Dai’s credibility.

It is an established principle in administrative law, that Courts should defer to the findings of administrative decision makers when individuals apply for benefits such as social security, food stamps, or in this case immigration relief from deportation. This means, in cases such as the two outlined above, the decision on whether or not the applicant is credible should fall to the immigration judge – even if the case is appealed to the BIA – under the assumption that he/she heard the testimony, saw the applicant, assessed demeanor in reaching a final decision. Further, the immigration judge used his or her emotional intelligence and legal experience to determine if the applicant is telling the truth and then ultimately make the final decision as to whether asylum should be granted or denied.

However, SCOTUS is now saying that if an immigration judge says nothing about the applicant not being credible, and if the decision is appealed to the BIA, they do not have to treat the applicant/petitioner as credible. The question is why? Why assume the worst, if the immigration judge, the adjudicator in the first instance, did not assume the worst and made no mention of the person’s credibility? To assume that an immigration judge’s silence on credibility is the same as no credibility is not giving applicants the benefit of the doubt. Often, people who escape human rights violations have no documentation. All they have is their own words to describe their experience.

Moving forward, immigration judge decisions should clearly articulate why or why not the person is credible, and if not, lawyers on both sides should ask them to please “state for the record” the basis of their decision.