Prof. Tobias Wolff cautions that Fulton v. City of Philadelphia decision could have broad implications on how government agencies operate

In Fulton v. City of Philadelphia, the Supreme Court has unanimously held that the city’s refusal to contract with Catholic Social Services for the provision of foster care services unless the agency agrees to certify same-sex couples as foster parents violates the free exercise clause of the First Amendment. 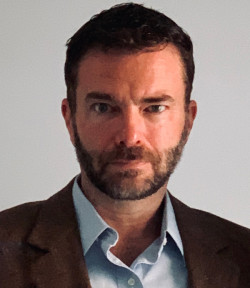 Early reporting is calling Fulton v. City of Philadelphia a narrow ruling that is unlikely to have a major impact on how government agencies do business. That account seriously misreads the opinion.

First, the Court has given religious claimants much more power to define when their own religious exercise is “substantially burdened” and force courts to accept their account. This may sound like a technical issue, but it represents a huge expansion of the special treatment given to religious claimants.

Second, the Court ends its opinion by proclaiming that “The refusal of Philadelphia to contract with CSS for the provision of foster care services unless it agrees to certify same-sex couples as foster parents cannot survive strict scrutiny, and violates the First Amendment.” There is nothing narrow about that pronouncement. That kind of sweeping statement can often overshadow any attempts at nuance contained in the body of an opinion.

Wolff is also Deputy Dean of Alumni Engagement and Inclusion. He writes and teaches in the fields of civil procedure and complex litigation, the conflict of laws, constitutional law, and LGBT rights.

Wolff has served as pro bono counsel in many civil rights cases seeking equal treatment under law for LGBT people and has won both the Beacon Award for Public Service and the A. Leo Levin Award for Excellence in an Introductory Course.