In HollyFrontier Cheyenne Refining, LLC v. Renewable Fuels Association the Supreme Court held that small refineries that previously received hardship exemptions from the Renewable Fuel Program may obtain “extensions” even if they saw a lapse in exemption coverage in a previous year.

The University of Pennsylvania Carey Law School’s Edward B. Shils Professor of Law and Professor of Political Science; Director, Cary Coglianese, shares his insights on the decision: 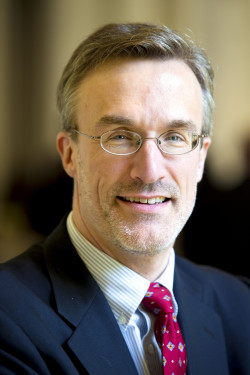 The Court’s decision today in HollyFrontier Cheyenne Refining centered on provisions in the Clean Air Act that authorize the US Environmental Protection Agency (EPA) to grant small refineries an exemption from requirements aimed at increasing renewable energy sources in the nation’s fuel supply. The lawsuit—filed by the national renewable fuels trade association—arose after the Trump Administration’s EPA issued a large increase in the number of these exemptions—sometimes even granting dispensations to refineries that were anything but small. The lower court gave the renewable fuels association a win, holding that EPA’s expansive approach to its exemption authority violated the Clean Air Act. But the Supreme Court today, in a 6-3 majority decision written by Justice Gorsuch, stepped in to reverse the lower court, giving EPA more latitude to exempt even more refineries from renewable fuel requirements.

In favoring the more expansive exemption authority, the Supreme Court effectively deepened a bias in federal law that tends to favor government agencies’ authority to alleviate or lift regulatory obligations. As I show in a recently co-authored article in the Stanford Law Review, federal law protects regulated firms from agencies imposing obligations on them more than it protects the public from agencies letting regulated firms off the hook by granting exemptions. And as Justice Barrett’s dissent in today’s decision makes plain, the Court had another textual reading of the Clean Air Act available to it that would have limited EPA’s authority to grant small refinery exemptions. But the majority seemed to go out of its way—opting for an interpretation that Justice Barrett said “defies ordinary usage”—to favor the more lenient interpretation of the statute and, in the end, to give the government another pass when it seeks to dole out exemptions to regulated firms.