This post continues a discussion of legal issues surrounding the production of Tabloid, a documentary by Errol Morris. Read a previous post about the lawsuit brought against the Morris by Joyce McKinney, the main subject of Tabloid.

Joyce McKinney’s recent lawsuit against filmmaker Errol Morris revealed interesting details about Morris’s production process and exposed the usually hidden details of the monetary consideration the filmmakers gave to their subject for her participation. (Read the California appellate court opinion.)

According to the opinion, Morris originally pursued the project for a half-hour Showtime series in development about tabloid journalism and celebrity. Morris’s producer, Mark Lipson, spent eight months and approximately 500 hours researching, assembling archival materials and talking to potential interview subjects. In speaking with McKinney, the filmmakers learned that she had been trying to finish a book about the incident and her life, but was having trouble with her computer and some of her materials had been stolen; Lipson agreed to scan and digitize her remaining materials to preserve them for her.

Morris interviewed McKinney for five or six hours on September 12, 2009. She brought three bins of materials with her, which Lipson scanned. At the end of the interview, Lipson handed McKinney a standard release agreement, and forwarded a copy to her attorney. A few days later, however, McKinney refused to sign the agreement. Lipson, another producer and McKinney met for lunch on September 29, 2009, to discuss the release. The filmmakers brought a check for $2,500 as consideration for her signing the release and a new laptop computer to help McKinney work on her book. They walked through the release, made some changes, and McKinney ultimately signed the release, which gave the filmmakers the right to use the material in connection with the series for Showtime. 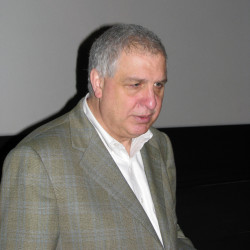 When Morris decided to turn the material into a feature documentary, the filmmakers determined they needed to get McKinney to sign a new release for use of the interview in a “documentary film for worldwide theatrical and ancillary distribution.” The filmmakers reapproached McKinney and found her in an agitated state. She was upset that her dog, “Jazz Puppy,” had been accused of injuring a woman, and animal control officials were involved. Lipson and Morris agreed to hire Mark Rosten, an attorney specializing in animal law, to help McKinney. Efforts to save Jazz Puppy ultimately were unsuccessful. In March 2010 – just six months before the premiere of Tabloid – Lipson went to McKinney’s home to get the new release signed. He brought with him a $5,000 check as consideration, and after a few modifications, McKinney signed the release.

McKinney tells a different version of events. She says the filmmakers offered her an opportunity to clear her name and promised that no defamatory material would be used and that her home, family members and pets would not be photographed. McKinney accuses the filmmakers of barging into her home on the day of the interview and plundering her belongings to gather material for use in the film – even stealing certain items. She says the material was scanned without her knowledge or consent and that she was pressured into signing the first release without having her lawyer look at it. Those claims have yet to be substantiated.

McKinney says she was “blackmailed” into signing the second release, with Lipson threatening to retain material that belonged to McKinney unless she signed the release. She also accuses Lipson of yelling that her dog would die if McKinney did not cooperate. McKinney says Lipson stabbed her hand with a pen in the process of trying to force her to sign the agreement. Once the release was signed, McKinney alleges that Lipson joked about her dog being euthanized. She says he returned to her home in August 2010 with flowers and a bracelet as a gift, saying, “It’s a karma bracelet, you’re going to get what’s coming to you.”

After reading these accounts, I’m left with the impression that Morris is somewhat lucky that Tabloid was completed and released. It’s striking how much time, effort and, no doubt, money Morris and Lipson must have invested in the film without having McKinney’s consent to use her interview in a feature film. And if McKinney truly was as upset about her depiction and interactions with the filmmakers as she claims, it’s also surprising that McKinney wouldn’t have given Morris more headaches by attempting to block distribution of the film.

Situations like this bring back memories of Frederick Wiseman’s lost three-hour film about Madison Square Garden; Wiseman ultimately had to pull the film from Sundance and other festivals in 2005 because MSG lawyers withheld consent to use the footage in protest of some lines of dialogue by MSG management. The film isn’t even listed on Wiseman’s website anymore. If both the subjects and the filmmakers dig in (Wiseman could have acquiesced to demands to remove certain material), entire films can be jeopardized.

I’m also surprised that Morris would have paid McKinney as much as $7,500 simply for sitting for a five- or six-hour interview, plus other services, such as hiring an animal lawyer and giving her a computer. In my opinion, paying McKinney adds to the richness of Tabloid as cultural commentary: using a tabloid practice to produce the critique of the medium. Whether such payment somehow compromises the integrity of what Morris captured on film is an interesting question — but a debate for another day.

It’s entirely possible that McKinney won’t be able to prove her account or the issue could come down to her credibility against Lipson’s (if the case doesn’t settle), and a factfinder might side with Lipson. But even if that’s the case, Morris and Lipson have had to endure the expense and aggravation of defending a lawsuit.

So how to avoid this situation?

Filmmakers often find it awkward to obtain signed consent forms from subjects before shooting. Legal documents that forfeit rights understandably can be intimidating to subjects right before a shoot, especially if the subjects have no prior relationship with the filmmaker. (See post about gaining trust of your subjects.) Getting at least preliminary consent to appear in a film project in writing – perhaps an e-mail – certainly could be helpful if the filmmaker isn’t going to get the official release signed before filming, but the better practice is to figure out a way to get a release signed before wasting time and money on production. Having that preliminary discussion about the vision and possible outcomes for the film can get everyone on the same page, and, if problems are going to arise, force the issue early.

One lesson here is that filmmakers who delay obtaining consent do so at their peril and not only risk wasted effort, but risk subjects having second thoughts about participation. Morris’s not knowing whether he could use the primary interview in his film six months before his premiere date is surprising and cannot be considered a best practice.