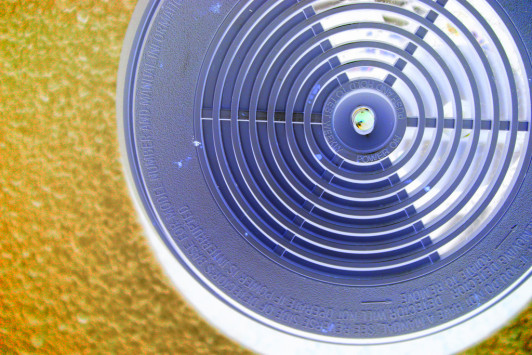 138/365 by Gabe on FlickrAdam Brody, a seasoned media maker, works with students enrolled in Penn Law’s Visual Legal Advocacy Seminar; he assists the students with shooting and editing their videos.  He received his undergraduate degree from UCLA’s film school and has a MFA from Temple University in Sculpture and Digital Media.

We were a film crew of three law students from Penn,  a Spanish-speaking translator, plus a filmmaker (me), with over $10,000 in video/audio/lighting equipment, entering the home of a mother who lived in a small one-bedroom apartment with her three children, one of whom was severely disabled.

Our intention was to interview the woman about raising her disabled daughter for a short documentary on SSI benefits for kids.  The viewpoint of the documentary was that SSI benefits were absolutely crucial and that political maneuvers to cut SSI benefits would threaten the most vulnerable families and their children’s very existence.

This mother’s story certainly emphasized our point.  She was not a “welfare queen” nor was she abusing the system; she was living a very fragile existence while providing excellent care to her daughter despite impossibly low resources.  Her testimony would make an excellent addition to the students’ documentary.

But between finding a subject and adding her or his footage into the narrative of a documentary lies the murky area of production, the comparatively short period wherein a film crew enters into its subject’s heart, mind, and–on occasion–home.

We took a cab to the subject’s neighborhood and the cab driver’s reluctance to go to the intersection that we specified indicated that we were entering the separate and–to some members of our group, unfamiliar– world of Philadelphia’s all-but-forgotten extremely poor.

Upon entering the mother’s home, it was clear that she was embarrassed; she didn’t have enough chairs for all of us, she apologized for her home being messy, and she said that she didn’t realize how many people were coming over.  She seemed intimidated by our setting up lights and by the size of the camera.  She was also uncertain about having the lavalier microphone attached to her shirt.

Of course, everyone in our group was respectful and friendly, but things felt tense and awkward.  Our subject was a strong, courageous, and intelligent person who had handled situations much tougher than a crew of student filmmakers coming into her home, but I still felt that we were somehow crossing a line, that we hadn’t done the groundwork to deserve so much access into this woman’s space.

About five minutes into the interview, one of the group members noticed that a smoke detector’s low battery chirp was going off.  He turned to me and whispered that we should stop the interview.  I told him that we could edit around it, but to be aware of when it went off.  If it coincided with an important moment, we could always ask her to repeat herself.  It was beeping every three minutes or so and my judgment was that mentioning it would only increase the tension in the room.  He eventually decided that it was too much of a nuisance and asked the translator to stop the interview and mention it to her.  At first, she had no idea what he was talking about. Then we all sat in silence and waited for the little chirp.  When it finally did happen, she said “Oh that!” and explained that the detector was very high in the kitchen closet and she couldn’t reach it. There was a lengthy discussion about whether someone should run out to the store to get a new battery but our interviewee said that there weren’t any stores nearby.  She then said that it was something her landlord should do. She had a long list of things that he was supposed to fix (including the shower), but he never responded unless she was late with the rent.

The alarm kept chirping and we concluded the interview shortly thereafter.  We ultimately filmed lots of good material, but the incident with the alarm drew attention to the separate worlds we lived in.

In short, we were on the same team as the mothers that were interviewed, but our experiences and stakes in the issue were very different.  This is often the case with social justice documentaries; the documentary-makers have access to money, technology, power, and time while their subjects do not.  Additionally, the documentary-makers become engaged with and passionate about an issue that, ultimately, they do not have to live with day-to-day; it is a project, and once it is over, it’s over.  Third of all, the documentary-makers spend lots of time in pre-production and post-production and it becomes easy to “grab” footage during the production phase and not fully consider the weight of interacting with people.

Making documentaries in an educational environment–such as Penn Law’s Visual Legal Advocacy seminar program–is a unique and awesome way to expose students to social issue advocacy and the power of grassroots media in creating change. However, the most important lessons often come in the form of problems for which there are no easy solutions.

Discussing privilege as a group and exploring issues of class, race, ethnicity, and vulnerability as a part of the curriculum are very important, especially for students who will be engaging with communities that are different from their own. Apart from these discussions, here are some concrete steps to making a sensitive shoot more humane for the person being interviewed:

1. If at all possible, meet the person and (if applicable) visit her or his home before filming her or him.  This will allow for a check of the space, an assessment of how many people can comfortably be on the crew, a discussion of lighting, and (especially for a first-time interviewee) a description of the interview process.

2.  Bring a token of appreciation.  It needn’t be large; if coming from an institution, a t-shirt or mug establishes gratitude for the subject’s time and hospitality.

3. If working in a group, designate one person on the team to be the interviewer. Having questions coming from multiple people can be disorienting and confusing.

4.  Everyone on the crew should introduce her or himself and say where she or he is from.  Even doing a go-around where each person reveals an interesting detail about herself or himself (favorite food, movie, kind of animal) can lighten the mood and create instant connection and (most importantly) laughter.

5. Often time’s people cry during an interview.  Things get real when people talk about their life stories.  Before the interview, build in a moment to acknowledge this.  For example, state that “If any of our questions make you feel emotional, please know that this is perfectly normal and we can always stop or take a break.”