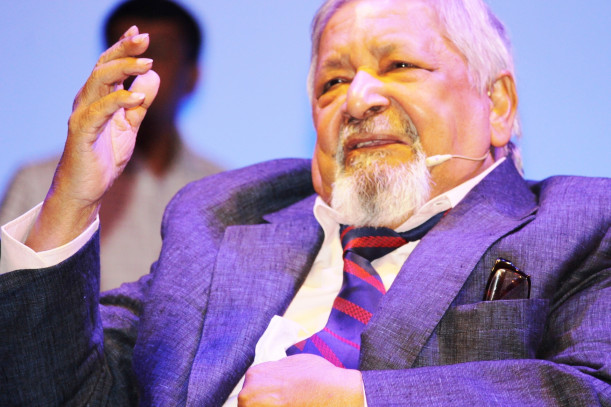 Trevor Noah’s video, though full of inconsistencies and loopholes, raises interesting and pertinent issues: that of duality and hybridity, of hyphenated identity.

Firstly, we can consider the personal hybrid identities that are emphasised in the video. The players can be French and African (or more properly from whichever state in Africa they originate), but surely they only won the world cup only for France.﻿ They learned to play football in France, French money was poured into the state of the art facilities in which they trained. Does this mean the players are more French than African? It clearly depends on the context. There is a further question of who gets to decide, surely the player themselves? But sometimes it is not so simple.

A few weeks ago, my mum picked me up from the airport. This was a time, during the world cup, at which the English still thought that ‘football was coming home’, so of course football dominated the discussion. At one point she asked which football team would I support if England were playing Nigeria. At any other time, I would have known the right answer that my Nigerian mum would like to hear, Nigeria. But in a moment of sluggishness and jet-lag I said that I would be torn between the two countries. At which, she let loose and claimed I was denying my Nigerian-ness, that she was disappointed and so on.

She conceptualises me as a Nigerian first and foremost, but she gave birth to me in London, where I have lived all my life, where all the milestones of my life have occurred. A new Lebanese friend said he thought I was the most British person he had ever met, but he will not hear me my call my grandma by her first name, nor see me forget to bow to her when I greet her. Nigerian practices and values have been instilled in me since birth, and I would not be me without them. I am clearly British, but British plus. The converse is also true, Nigerian plus. And I don’t think I can be any more precise than that.

Secondly, this video shows that two multi-ethnic, cosmopolitan nations can have completely differing conceptions of diversity and how individuals see themselves as members of the collective. The French nation is founded on universalist republican ideals and the notion that citizens are simply citizens, not collections of ethnic or religious groups. The sense that collectives of individuals can gain influence by virtue of their background goes against the ideal that all citizens are equal before the state.

On the other hand, in the United States, hyphenation is ubiquitous. African-Americans, Irish-Americans, Native-Americans, the list continues. This seems to result in greater flexibility and recognition to subcultures within a wider American context. It is possible that the US has endorsed official multiculturalism as a means of trying to reconcile racial tensions, as stated by Vox.

Trevor Noah argues that assimilation, in the name of integration, of the French liberal tradition may strip people of who they are and their pride of a community. Do you agree? Further, is it better to focus on what unites us, as the French do, or the factors that separate us as the Americans do? This leads into a general critique of American ‘identity politics’ which prevents the nation from being able to celebrate its differences and prevents liberalism from being the unifying force it ought to be. However, if you remove identity politics from liberalism, you might remove the concerns of the marginalised from the view of politics.

It is interesting to see that two conceptions converge in the treatment of unwanted immigrants, whether illegal or legal. This group is considered by many an unwanted ‘other’ with little hope of assimilation, integration or hyphenation. This contradicts the acclaimed cosmopolitan values that these states hold dear. Cosmopolitan theorists like Kwame Appiah argue that such values include no recognition of an other, as all humans belong to a single community connected through shared minimum values. This is an ideal we should not be sluggish in aspiring to.

Seun is a graduate of Cambridge University and led a Culture Salon on Plural Identities and the World Cup on August 21st.  His blog post celebrates V.S. Naipaul who won the 2001 Nobel Prize for literature. His Nobel Prize lecture was titled “Two Worlds.”