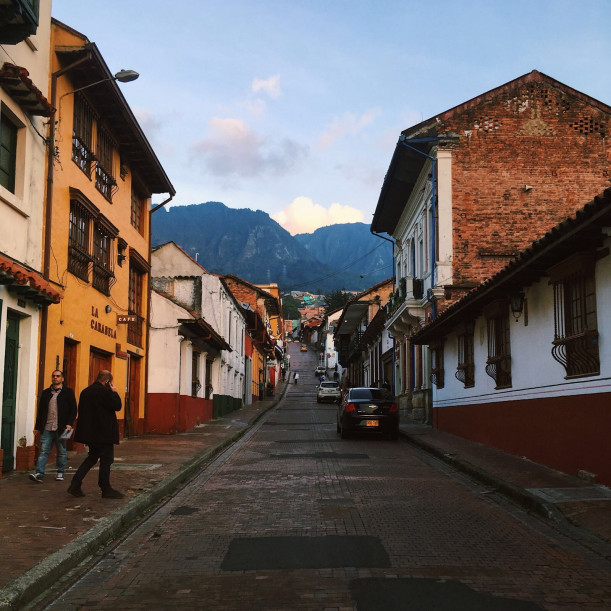 When I tell people that I am studying abroad in my last year of law school, I generally get the same response: “Wait, what? You can do that? Also, why?” I understand these questions. Studying abroad in law school is definitely not the norm. That being said, while studying in Colombia has been a giant change, it has given me a completely different perspective on both international law and domestic law in the United States.

I am currently a visiting student at la Universidad de los Andes in Bogotá, Colombia. I am focusing my time here on international human rights law, transitional justice, comparative constitutional law, and U.S. foreign policy in Latin America. I have spent my time at Penn Law studying these topics, but I wanted an opportunity to get an outside perspective that I could not get in the U.S.

There is a rich legal culture in Colombia, and while it shares many features with the U.S. legal system, there are many aspects that are completely different. For example, the domestic legal culture in Colombia relies much more heavily on international law than the United States does. In fact, all human rights treaties are incorporated into the Colombian Constitution and Colombian judges are, to some degree, bound by the decisions of the Interamerican Court of Human Rights and other international and regional tribunals. Additionally, Colombia’s most recent Constitution provides a more progressive set of individual rights than the ones we have developed in the United States. Together, this framework has provided a unique environment in which to compare U.S. and Colombian human/civil rights laws and constitutional interpretation. Finally, the interaction between the United States and Latin America does not receive a lot of domestic attention, therefore I wanted to explore the political dynamics that exist within the region.

The experience at Los Andes has been equal parts challenging and rewarding. All of my classes are taught in Spanish, and the professors do not use the Socratic method. It is common for a professor to lecture for the entirety of the class period, or to use class time for a quiz or group project. Furthermore, a law degree in Colombia is an undergraduate degree, which greatly affects the classroom dynamic. On one hand, students are generally younger and less experienced, but on the other Colombian students often choose to specialize in multiple subjects. This has made the classroom conversations multidimensional and extremely interdisciplinary.

The interdisciplinary nature of the classes has made the experience that much more enriching as it allows professors and students to engage with any given topic in a variety of different ways. In any given day the class could touch on sociological, psychological, political, historical, or scientific issues posed by a specific legal issue. These conversations are often times driven by students who are also studying in that field.

The training I have received from Penn Law helped to prepare me for this challenge both through the courses I have taken and in the interdisciplinary philosophy of the law school. Part of what drew me to Penn Law was the interdisciplinary nature of legal education at the law school. From my very first interactions with Penn, the importance of exploring the law through many different lenses was emphasized. This focus is seen not only in Penn’s willingness to allow students to take courses outside of the law school but also the degree to which the faculty at the law school push students to be curious and consider issues in a broader context. Spending two years in this environment taught me to think critically about a problem and analyze it not just legally, but holistically. It is that training that I use every day while studying a legal system that is not my own.

Penn Law’s course offerings and extracurricular programs also helped prepare me for my time in Colombia. My first semester at Penn Law the International Human Rights Advocates worked on a research project focusing on the peace process in Colombia. As part of that project, we researched refugee rights and support programs in South America in order to advocate that the Colombian government do more to support the internally displaced population. In the Spring of that year, we visited Bogotá to conduct fieldwork that allowed me to contextualize the issues that we had been researching. It was through this experience that I first became passionate about Colombia and its unique legal structures.

Furthermore, Penn Law also offered a Global Research Seminar on the Colombian conflict and the peace process taught by Professor Beth Simmons. This class not only solidified my passion for transitional justice and my interest in domestic Colombian law, but it also allowed me to begin to engage academically with the Colombian political and legal environment. This course also had a fieldwork component during which we spent a week visiting Colombia and meeting with major stakeholders in the peace process, including former President Alvaro Uribe, former members of FARC, victims of the armed conflicts, and members of the Colombian Constitutional Court.

If you had asked me when I started my first day at Penn Law if I saw myself studying abroad in law school, the answer would have been a resounding “no”. That being said, Penn Law gave me the space and the tools I needed to be curious and to explore, and that led me to my study abroad experience. When I return to Penn in the Spring, I will do so armed with a new perspective that I will bring not only to the classroom but also with me in my future legal career, wherever it may lead me.