Skip to main content area Skip to institutional navigation Skip to search
« Back to The RuleOfLaw Post
Venezuela • December 20, 2019

Sanctions in Venezuela: An improper mechanism to effectuate change 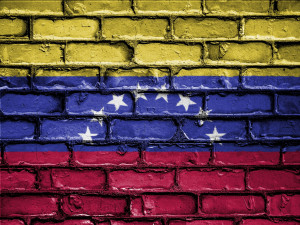 Since January 2019, the United States has imposed a series of broad sanctions against Venezuela in an attempt to force Nicolás Maduro to step down from the presidency. Thus far, however, the United States has utterly failed to accomplish its goal.  This failure is not the most disconcerting aspect of the U.S. policy.  The use of sanctions in this manner has a dubious legal foundation.  Even more damaging are the short- and long-term consequences of their imposition.  In the short term, the sanctions are likely to increase the suffering of those already hurting the most—the people.  In the long term, the sanctions are likely to galvanize public support in Venezuela and elsewhere against the United States and fuel a narrative of American imperialism, a narrative already being advanced by Nicolas Maduro’s government.

The use of economic sanctions to effect policy change is not uncommon in international relations. Generally, before using this policy tool, States must first bring a case before the Dispute Settlement Body of the World Trade Organization, have the case decided in their favor through the adoption of a panel report, fail to agree to satisfactory compensation with the other state party, and ultimately receive permission from the Dispute Settlement Body to impose the sanctions. The United States did not follow this process and instead unilaterally imposed economic sanctions on Venezuela. Not complying with Dispute Settlement process, the United States will likely argue that its actions are justified by a Security Exception in Article XXI(b) of GATT 1947. This exception permits states to take action they consider necessary for the protection of their essential security interests, if such action is (i) related “to fissionable materials or the materials from which they are derived,” (ii) related “to the traffic in arms, ammunition and implements of war and to such traffic in other goods and materials as is carried on directly or indirectly for the purpose of supplying a military establishment,” or (iii) “taken in time of war or other emergency in international relations.” Of these three “security” exceptions, the United States could argue that the third one justifies its unilateral imposition of sanctions.

States may only lay claim to one of the exceptions “in good faith.” This requirement can be seen in a recent WTO panel report that analyzed whether a member State could invoke Article XXI(b)(iii). Specifically, the panel reviewed “whether there was any evidence to suggest that the Member’s designation of its essential security interests was not made in good faith.” In its decision, the panel required “the invoking Member to articulate the essential security interests said to arise from the emergency in international relations sufficiently enough to demonstrate their veracity.”  While it may appear as if the United States would merely need to describe its essential security interests, the same WTO Panel also found that:

As a result, the United States must be prepared to describe its essential security interests with a high level of specificity. While several U.S. Senators and the Secretary of State have publicly stated that the current situation in Venezuela poses a threat to U.S. national security, those statements were simply opinions based on vague assertions.

Unlike a potential crisis in Canada or Mexico, the crisis in Venezuela is neither occurring in the immediate surroundings of the United States nor triggering a breakdown of law and public order in the United States or its immediate surroundings.  Moreover, the United States is not currently engaged in an armed conflict with Venezuela. Senator Rick Scott expressed concern that the situation in Venezuela could eventually resemble the situation in Syria, but this type of concern is far too attenuated to meet the requirement for invoking the essential security interests exception of the WTO.  Statements by other U.S. government officials also detract from the sincerity of such a claim of exception. A former senior official in the Trump administration noted that President Trump always saw the current situation in Venezuela as “low-hanging fruit” that could be used to “get a win and tout…as a major foreign policy victory.” Some have also cynically noted that by taking a toughened stance on Venezuela, Nicaragua, and Cuba, President Trump is merely pandering to “an important voting bloc in a political swing state as he looks toward his re-election campaign in 2020.”

Regardless of whether the United States can successfully invoke the security exception, the decision to continue imposing sanctions in Venezuela is likely to worsen the unfolding humanitarian crisis. As the suffering mounts, it becomes even easier to blame the United States. Because of the current crisis, the Department of State has advised people in the United States to abstain from travelling to Venezuela due to the “crime, civil unrest, poor health infrastructure, kidnapping, and arbitrary arrest and detention of U.S. citizens.” Because there is currently a dispute between Juan Guaidó and Nicolás Maduro about who is the legitimate leader of Venezuela, and because the United States has supported Guaidó, Maduro has used American imperialism as a scapegoat for some of the problems that have arisen in Venezuela. For example, when there was a nationwide power outage, Maduro claimed that American imperialism was responsible. However, “experts said the blackout probably occurred as a result of a lack of maintenance and expensive imported spare parts.” Nonetheless, some have predicted that if these sanctions remain in place through December 2019, the argument that the United States is responsible for the problems that are occurring in Venezuela will start to be accepted by the mainstream international community.

The worsening humanitarian crisis in Venezuela could also impact U.S. citizens in the region. Between November 2018 and June 2019, more than a million people fled Venezuela. Although the Department of State has not advised U.S. citizens to completely avoid travelling to any other country in South America, this may change if people who are currently fleeing from Venezuela start to attribute the harms they have suffered to the United States. It is undeniable that Maduro’s government has done a lot of harm to the people of Venezuela. But given the violent history of intervention by the United States in Central and South America, the United States remains a potential scapegoat.

Some may argue that the United States must impose sanctions because it is the best way to ensure that Maduro leaves power.  Sanctions, however, do not tend to be an effective method for driving political change. One study found that between 1914 and 1990 economic sanctions were only successful in five out of 115 cases. In addition, since the United States started imposing new sanctions on January 28, 2019, Maduro remains in power, and recent mediation efforts have collapsed. There are also no plans to have a new round of discussions.

Given the inability to remove Maduro from power and the humanitarian impact it is having on the poorest of the poor, the United States should reconsider its unilateral imposition of economic sanctions. This does not mean the U.S. government should do nothing at all. There are viable alternatives that are not susceptible to collateral attack for appearing to flout the dispute settlement provisions of the WTO. For example, the United States could work closely with the Lima Group, a coalition of 12 Latin American countries. The Lima Group’s ultimate goal is to produce a negotiated settlement that would result in Maduro voluntarily stepping down from power. To accomplish this goal, the Lima Group is using a diplomatic and political pressure campaign.  Rather than military force, the campaign relies upon diplomacy to isolate Maduro’s government. The campaign asks members of the Venezuelan military to demonstrate their loyalty to Guaidó.  In conjunction with this approach, the United States could echo the Lima Group’s call for the United Nations to intervene. Because these alternatives to economic sanctions may be more effective in targeting the root cause of the crisis rather than the people of Venezuela writ large, the United States should consider withdrawing the economic sanctions.

Jon Blomberg, a CERL 2019 summer intern, is a J.D. candidate at the University of Pennsylvania Carey Law School.