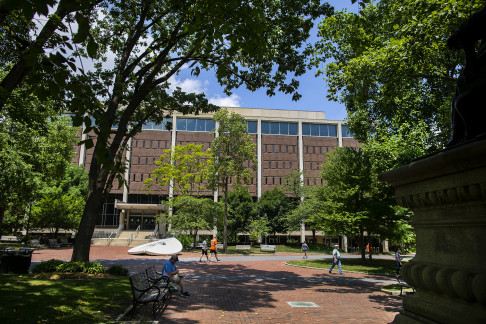 In 2020, the University of Pennsylvania announced a Public Safety Review and Outreach Initiative tasked with conducting a comprehensive review of public safety at Penn. A team of presidential advisers undertook the review and outreach program to develop recommendations to present to President Amy Gutmann, Executive Vice President Craig Carnaroli, and Provost Wendell Pritchett.

The goal of the review is to assess Penn’s success in creating a physically and emotionally safe environment on campus and in the surrounding community, while treating every person with dignity and respect, and in a way that prioritizes and promotes anti-racism, racial equality, and justice.

Penn’s vision for the Initiative is to seek to provide an environment in which every member of the University community can feel physically and emotionally safe, and experience a sense of equal belonging.

The presidential advisers are Dorothy Roberts, George A. Weiss University Professor of Law and Sociology, Raymond Pace and Sadie Tanner Mossell Alexander Professor of Civil Rights, and Professor of Africana Studies, and Charles “Chaz” Howard, Vice President for Social Equity and Community and University Chaplain. John Hollway, Associate Dean and Executive Director, and Paul Heaton, Senior Fellow and Academic Director, both of the University of Pennsylvania Carey Law School’s Quattrone Center for the Fair Administration of Justice, will also participate.

The Quattrone Center and Presidential Advisers began by requesting an extensive set of data and documents from Penn DPS and other entities within the University. DPS was responsive and collaborative in providing documents, and ultimately furnished 563 documents to the Initiative, including documents covering confidential matters. Information collected for review included Penn Police Directives, accreditation reports, reports and directives dealing with use of force, racial profiling, and other potential forms of bias by the Penn Police, and data on vehicle and pedestrian stops. Also produced were documents governing virtual patrol, transparency, and the process to review complaints against police officers and other DPS personnel, along with strategic planning information, recruiting materials, and data and statistics regarding Allied Universal Security Services, a private security company overseen by DPS. Additionally, the Initiative reviewed the Memorandum of Understanding between the Penn Police and the Philadelphia Police Department, certain budgetary information related to DPS and the Penn Police, and other documentation referred to elsewhere in this report. DPS furnished documents describing community outreach efforts, such as the College House Detective Liaison Program, the Police Athletic League, and the First Thursday community meetings.

To gain further insights regarding community views about public safety, the Presidential Advisers and Quattrone Center convened a series of virtual hearings conducted on Zoom due to the COVID-19 pandemic. These hearings, which were open to the public, provided a forum that allowed Penn and West Philadelphia community members to describe their experiences with DPS and offer ideas and suggestions on ways to achieve the common goal of providing an environment in which every member of the Penn community could feel physically and emotionally safe and experience a sense of equal belonging.

Eight (8) public hearings were conducted. Forty-five (45) individuals, including undergraduate and graduate students, faculty, staff, and members of the West Philadelphia community, provided statements at the hearings. At each hearing, invited speakers presented opening remarks, after which the Presidential Advisers had an opportunity to question the speakers. We invited members of the public who attended the hearings to also submit questions, a number of which were shared with and addressed by the speakers. Recordings and transcriptions of the hearings are available here.

To gain additional community input beyond that available through the hearings, we invited anyone interested to provide their views and ideas in writing through this site; a telephone number with voice mail was also provided as an alternative submission method. This opportunity for comment was advertised to leaders of the Faculty Senate, Penn Alumni, and through articles in Penn Today and The Daily Pennsylvanian. The initiative ultimately received written comments from 112 individuals who shared a variety of experiences, observations, and ideas regarding DPS and the Penn Police. Submitters of written comments included students, faculty, staff, parents of Penn students, alumni, and members of the West Philadelphia community.

This document summarizes key themes that arose in the hearings and the written comments.

Based on the information provided by the document review, the hearings and community submissions, a review of publicly available information on policing at other comparable campuses, and a review of the scholarly literature evaluating campus police and various potential police reforms, the Presidential Advisers have made recommendations for ways Penn can more fully achieve its vision of providing an environment in which every member of the University community can feel physically and emotionally safe, and experience a sense of equal belonging.

Link to recommendations and University response