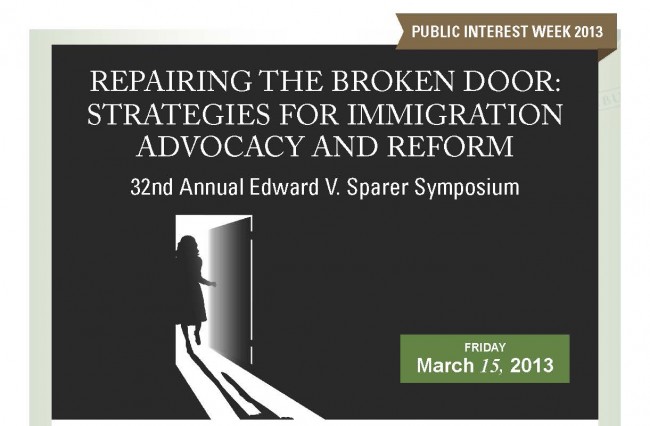 Repairing the Broken Door:  Strategies for Immigration Advocacy and Reform

11:15 a.m.     Working Outside the Lines: Immigrants and Exclusion from Labor and Employment Protections

2:00 p.m.       Strategizing Gender and Sexuality: How Personal Narratives Shape and are Shaped by the Immigration System