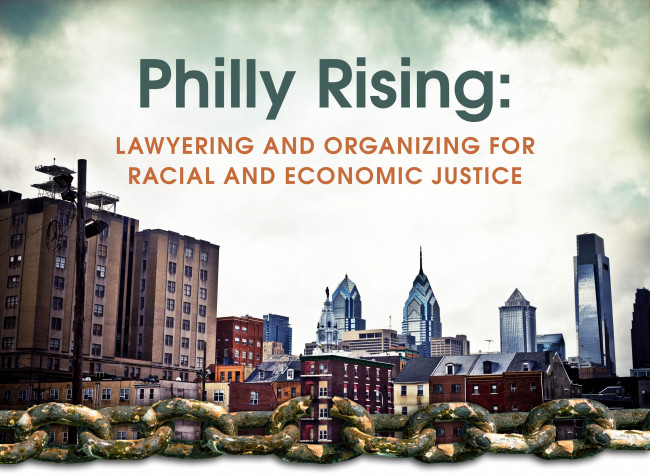 Acclaimed lawyer, civil rights agitator, and North Philadelphian Cecil B. Moore once famously proclaimed: “I don’t want no more than the white man, but I won’t take no less… [so] let’s fight the damn system!” Nearly fifty years later, the “system” in Philadelphia continues to subordinate people of color, especially Black people, and to reinforce white supremacy in our nation’s poorest big city. Accordingly, Philadelphians of color continue to engage in the struggle for racial and economic justice and to refuse to “take no less.” How have grassroots organizers in Philadelphia built power, shaped the city, and fought for liberation in the face of entrenched white supremacy? And what role might lawyers and the law play in the battle for true and transformative justice in Philadelphia?

Join us for the 39th Edward V. Sparer Symposium, titled “Philly Rising: Lawyering and Organizing for Racial and Economic Justice,” featuring local academics, practitioners, and organizers mobilizing against systems of racial oppression and marginalization in Philadelphia. The symposium will take the form of moderated panels highlighting how Philly-based organizers and lawyers have responded to racial and economic injustices in housing, incarceration and policing, environmental racism, and education.


This program has been approved for 7.0 (4.0 substantive and 3.0 ethics) total CLE credits for Pennsylvania lawyers. CLE credit may be available in other jurisdictions as well. Attendees seeking CLE credit should bring separate payment in the amount of $280.00 ($70.00 public interest/non-profit attorneys) cash or check made payable to The Trustees of the University of Pennsylvania.