The celebration of public service will continue throughout the academic year, from orientation to graduation. 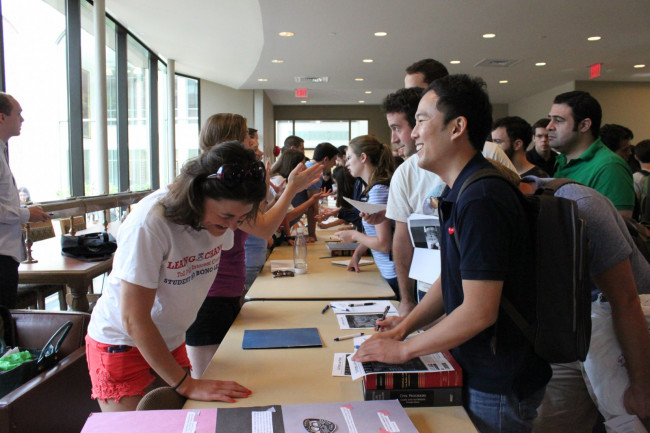 Students Chat at the 2014 Pro Bono Sign Up Fair