A testament to the University of Pennsylvania Carey Law School’s strong commitment to public service, several recent alumni have chosen careers in the public sector and are instituting positive change by running for office, drafting legislation, and crafting policy to improve their communities and the wider world.

Girmay Zahilay L’14 grew up in public housing and said he always knew he wanted to go into public service to “create a better world” for low-income people like his family. But it wasn’t until he had the opportunity to do an externship in the White House Office of General Counsel as a third-year law student that he realized he wanted to run for office someday. 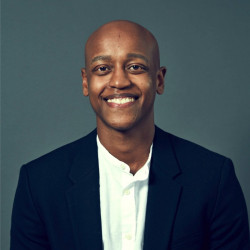 Zahilay “got to see public policy in action” in President Obama’s White House.

“Really incredible things like the Affordable Care Act were implemented during my time at the White House,” Zahilay said.

When he saw how the Obama Administration was able to translate grassroots energy into legislation, “that’s when the gears started shifting.”

After graduating, practicing law for a few years, and starting his own nonprofit, Zahilay ran for King County Council in Seattle and won. When he took office, he became the only Black Councilmember in all of Washington. Zahilay thinks about what it means to be in this position every day as he works towards equity and maximizing opportunity for marginalized people.

“The lack of representation tells a bigger story,” he said. “Being able to run for office is a privilege in many ways — you have to have the time, the resources, and the connections to do it. And many communities, especially Black communities, are often without those opportunities because of historical and ongoing disenfranchisement and disinvestment.”

This past year, Zahilay has seen how the COVID-19 crisis has had a disproportionate impact on those same communities. He has been working overtime to make sure his constituents’ extraordinary needs are met.

“Usually we pass a budget only once every two years,” he said, “but because of the pandemic, the need is so great that we’ve actually passed six budgets in this past year. The one we just passed includes critical services like rental assistance, vaccine distribution assistance, and gun violence prevention. We’re doing the best we can to keep people above water.”

Aaron Jordan L’16 took his passion for legislation to the U.S. House of Representatives, where he first served as the Legislative Director for Congressman Gregory Meeks (D-NY) and is now Senior Counsel for the House Foreign Affairs Committee. 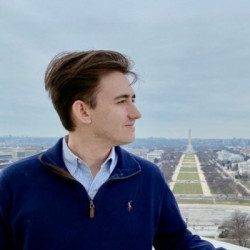 Jordan got his start in Washington, D.C., when he enrolled in the Law School’s Legislative Clinic, taught by Practice Professor of Law Louis Rulli. His placement – an internship with Congressman Meeks – turned into a full-time job a few years after Jordan graduated.

“I wouldn’t have gotten that internship without the clinic, without Professor Rulli,” said Jordan. “I wouldn’t be where I am today without Penn Law.”

On the Foreign Affairs Committee, Jordan said that “after four years of the Trump presidency, there is a lot of rebuilding, reassuring, and reengagement that needs to be done in the wake of some of the failed policies from the past, not just from the Trump Administration, but going back to the Iraq War.”

Jordan is turning his view to the future.

“We are trying to envision a better, more thoughtful foreign policy for the twenty-first century,” he said.

Jordan urged law students to remember that “you don’t need to take the prescribed course regimen that people sometimes push on you. Probably the best thing for you to do is to pursue your own interests — that will lead to a more fruitful, happy, and positive career.”

Max Weiss C’11 L’16 stayed local to Philadelphia and is using his passion for public service to make the city a better place. 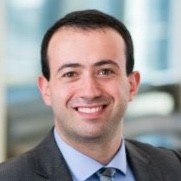 “As a kid growing up in Philadelphia,” he said, “I dreamed of working in City Hall because I wanted to help create true equality and opportunity for all.”

Guided by Law School mentors, after graduation Weiss joined the Office of Philadelphia City Councilmember Jamie Gauthier, first as her Director of Legislation and Policy and then in his current role as her Chief of Staff.

“I’m really excited by the growing desire among both the public and the government to seriously address historic inequities,” Weiss said. “I’m grateful for the opportunity to help and empower constituents on a daily basis.”

Read more about the Law School’s commitment to public service, most notably through the Toll Public Interest Center (TPIC).