In Fulton v. City of Philadelphia, the Supreme Court last week unanimously held that the way that Philadelphia refused to contract with Catholic Social Services for the provision of foster care services unless the religious organization agreed to certify same-sex couples as foster parents violated the free exercise clause of the First Amendment. The Court focused on specific language in the city’s contract — and, in particular, on a provision that would have allowed the city to have waived its antidiscrimination policy for Catholic Social Services.

University of Pennsylvania Carey Law School’s Edward B. Shils Professor of Law and Professor of Political Science Cary Coglianese shares his insights on the decision:

The Court’s decision in Fulton was far from the narrow outcome that commentators have been saying it was. The basis for the Court’s decision — its reliance on the existence of an option for the city to waive its requirement — actually threatens to undercut much governmental authority in the United States, allowing many laws to be disregarded in the face of claimed religion objections. This is because many laws have waiver authorizations similar that which existed in Philadelphia’s contract. 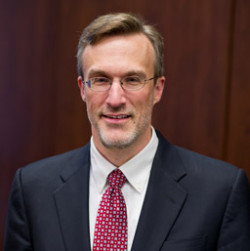 In hearing virtually every commentator talk of Fulton as a narrow decision, I am reminded of a scene in a Star Wars movie where Obi-Wan Kanobi is stopped by Stormtroopers and he says, “These aren’t the droids you’re looking for … move along.” And the Stormtroopers simply let him and his droids pass by.

The Court’s Fulton opinion reads almost as a variation on Obi-Wan’s mind trick: “This is not the shocking and dramatic legal decision you were looking for and expecting … move along.” The Court expressly makes the point that it has not revisited its longstanding precedent in Employment Division v. Smith, let alone overturned Smith.

But once the Court’s reasoning in Fulton is considered along with empirical research my colleagues and I have done, it is hard not to see Smith as having been overturned, at least for all practical purposes. The Fulton decision seems to portend significant challenges to, and noncompliance with, antidiscrimination requirements and other laws over the coming years.

Coglianese, who is also the Director of the Penn Program on Regulation, expounds upon his analysis in “A Trojan Horse from the Court’s Conservatives?” co-written by Daniel E. Waters, Assistant Professor of Law at the Pennsylvania State University College of Law at University Park, and published in The Regulatory Review.