In Johnson v. Guzman Chavez, the Supreme Court held that 6-3 that deported immigrants who re-enter the U.S. illegally and claim they fear torture at home must remain in custody while their cases are processed.

The University of Pennsylvania Carey Law School’s Practice Professor of Law and  Director of the Transnational Legal Clinic Sarah Paoletti shares her insights on the decision: 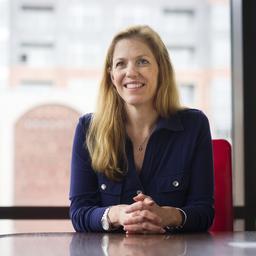 “Just a day after the Inter-American Commission on Human Rights held a hearing on egregious rights violations committed against individuals held in immigrant detention, and questioned the legitimacy of a system of detention that criminalizes individuals seeking refuge in the United States, the 6-3 conservative majority of the U.S. Supreme Court, in Johnson v. Guzman Chavez, has dismissed U.S. obligations under international human rights law and ruled that persons seeking refuge in the United States after a prior order of removal must be held in detention without the right to a bond hearing while they pursue legal avenues for immigration relief.

It is important to recognize who are the immigrants at the heart of this decision. The majority implies that the detention is warranted for those who have already shown disregard for the law by attempting reentry to the United States after having received a final order of removal. But it only applies to those who are able to demonstrate a prima facie claim for withholding of removal either because they meet the definition of a refugee, or because they face torture in their home country. Only those who pass this test through what is called a “reasonable fear interview,” showing that it is more likely than not that they meet the definition of a refugee or face torture, are even placed into “withholding only” proceedings and therefore subjected to the detention provisions at issue here; all others are deported through the expedited removal process.

It is also important to recognize what immigration detention is: despite the Department of Homeland Security’s use of the term “detention centers” and “family residential centers,” immigration detention is incarceration. Immigrants are often held in mixed-population facilities and subjected to all of the liberty restrictions and deprivations of human dignity that are endemic to the carceral system. In many cases, immigrants are held in detention centers owned and operated by private prison corporations with a history of putting profit over people, far removed from access to legal services critical to their ability to pursue their claims before the immigration court. As members of the Inter-American Commission on Human Rights noted, and as was recently documented in a report by the Center for Victims of Torture, the treatment inflicted on persons subjected to detention itself rises to the level of torture. And, as was pointed out in an amicus brief submitted by Human Rights First and International Law Scholars before the Court, detention without the opportunity for meaningful judicial review is arbitrary, and violates international law. For those whose cases go up on appeal, the detention becomes prolonged to years and for those trapped beyond bars, feels indefinite.

Today, six Supreme Court Justices determined that the clear text of the Immigration and Nationality Act – provisions introduced into the law in 1996 – gives individuals fleeing persecution no opportunity to challenge their detention, and in doing so have sanctioned the United States’ use of punitive, prolonged and arbitrary detention as a means of immigration enforcement and deterrence.”